John Watters (second from the right) and Jean Briggs (center left) on the night they met, in July 1943

Jean Annette Briggs from Bury St Edmunds was a 17-year-old art student who occasionally volunteered with the Red Cross when she met her future husband, John Watters, at a dance near Rougham. She went on to join the Women’s Royal Navy Service (WRNS) and undertook top-secret code-breaking work she kept from everyone, even her husband, for more than 30 years.

John Watters’ 30-year military career took him from horse-drawn field artillery to command of a missile squadron. After transferring to the Army Air Forces during World War II, he flew as a bombardier on B-17 Flying Fortresses.

Once he had completed his required 25 missions, he was reassigned as a staff officer to help plan operations at senior headquarters, eventually working directly under General Curtis LeMay.

Jean’s work with the WRNS took her to Eastcote—a satellite of Bletchley Park—where she operated machines that helped the Allies crack encrypted German messages. Her work was so secret that she did not tell her family about it for 30 years, and John assumed she’d just spent her service making tea!

Upon finding out, John recalled:

“I turned to Jeanie and I said, ‘You mean to tell me after six children, dragging you all over the world, you couldn’t tell me?’ and she says, ‘No, I signed the Official Secrets Act and I couldn’t.’”

John returned to the US after the war but had great difficulty getting permission for Jean to leave the WRNS and join him in the US. He even tried writing to Winston Churchill for help before he was given leave to return to England and marry in 1946.

John’s career with the US Air Force took the couple across the States, back to England and even to Guam, while Jean as a mother to six children learned to make cupcakes by the thousands. They eventually settled in Bellevue, Nebraska, after John’s retirement from the military in 1969.

The American Air Museum in Britain is committed to preserving the memories of heroes like John and Jean Watters—their fascinating story, along with photographs and artifacts from our collection, is on display at the museum. 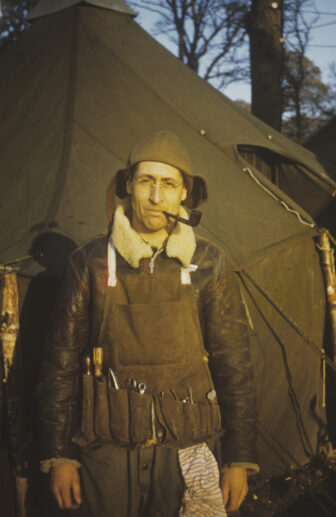 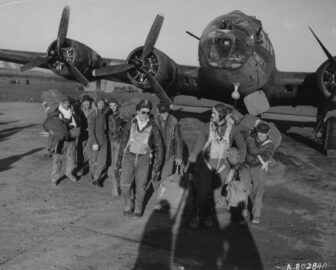